Here’s a news roundup and opinions about the recent demise, sort of — of the clunky but world-shattering icon, iTunes .

We are gathered here today to say goodbye to our friend iTunes, who went to the great trash can in the sky on Monday.

It was a gentle, dignified passing. ITunes was surrounded by family and friends at Apple’s annual developer conference when Apple executives announced that it would be dismantled, and its features would be split among three apps: Apple Music, Apple Podcasts and Apple TV.

ITunes entered this world 18 years ago as a “digital jukebox” that let users import their favorite CDs, organize their libraries and burn custom mixes. It then became a music store of its own — a magical, one-click emporium where 99 cents could get you almost any song under the sun. Steve Jobs heralded its birth as the dawn of a new age of media consumption, one in which consumers would own the digital rights to their own music.

“We think people want to buy their music on the internet by buying downloads, just like they bought LPs, just like they bought cassettes, just like they bought CDs,” Steve Jobs said in a 2003 talk.
Ultimately, Mr. Jobs’s prophecy was wrong. People wanted to rent access to a centralized streaming library, not pay a small fee to own every song. As streaming services grew, sales of music downloads plummeted. According to the Recording Industry Association of America, downloads now make up a smaller percentage of recording sales than physical albums — a twist Mr. Jobs could never have seen coming.

A Farewell For iTunes | The New York Times 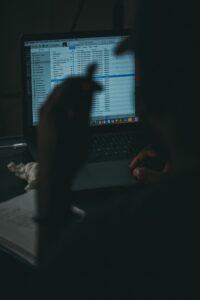 After 18 years, Apple is killing iTunes — well, sort of. The media management software for most Mac users (and many Windows users) is being broken into separate pieces for separate uses: Music, podcasts and television will soon have their own apps on the new Catalina Mac operating system.

Apple laid to rest a misapprehension that the iTunes Store (where users purchase songs and albums for download) would be going away in favor of Apple Music (the company’s streaming service). The iTunes Store will remain, as will the music that people bought from it. But Apple did address a long-running complaint from users of the iTunes desktop app: mainly, that it’s trying to be too many things at once.
Apple announced it will be launching a new stand-alone music app for Mac, as well as a new and improved TV app and a podcast app. And it said device syncing will now be handled in the Finder, the macOS file manager. Apple did not say how syncing iPhones or iPads would be handled on Windows machines.
iTunes will continue as a music store, but the new music app will be more closely aligned with Apple’s music-streaming service.

iTunes’ Death Is All About How We Listen To Music Today | NPR.org

There’s no reasonable defense of iTunes as it exists today, a program that eventually strayed so far from its origins that it managed to wholly alienate users who actually relied on it for music. On iOS, it has already been effectively sidelined thanks to standalone apps for Music, TV, and Podcasts. On macOS, you’ll find all of your existing iTunes content in those three apps as well, rather than one gargantuan program. Think of it as Apple breaking up a lumbering Voltron into its much more agile components. For syncing devices, instead of iTunes you’ll now use the macOS Finder. In other words, while iTunes will be gone in the next version of macOS, you’re unlikely to miss it.

But that doesn’t mean you should write iTunes off entirely. In its earliest iteration, iTunes revolutionized how and where people could access music. Its later bloat tells the story of how digitization ate the world. And in the negative space of its obsolescence, you can see a fourth age take hold, in which streaming reigns.

iTunes is dead. Fine, good riddance. But also farewell, and thanks.

Welcome as the death of iTunes may be to frustrated users, the software will forever deserve credit for the revolution it engineered in the early 2000s. Before iTunes debuted, the music industry was tearing its hair out trying to combat illegal file-sharing on Napster; Jobs’ new product presented the digital era’s first sustainable, user-friendly way to listen to music. Other firms like Sony and Microsoft had toyed with the idea of digital record stores, yet they “were technology companies that knew how to build disc players and hardware, but they weren’t companies that had demonstrated Apple’s sophistication with regard to software,” Warner Music’s vice president Paul Vidich recalled to Rolling Stone in 2013, on the iTunes Store’s 10th anniversary. “It really took a company that was able to bridge those two things and come up with an attractive consumer product.”

Music Notes
You’re not just making music for yourself—you want to get heard, which means you want to get on playlists. Here's a step-by-step guide to...

For when you’re missing your departed loved one. Tell a friend to play this at your own funeral!

For #badass #kickass women of the world! For when you’re going through your regular workday, and can still make an adventure out of it. Think sunshine, positive vibes, lush greenery, open waters and yes, some punches!

Here’s a news roundup and opinions about the recent demise, sort of — of the clunky but world-shattering icon, iTunes .

Indie Music You Need To Listen Today. Plus lost gems, blast from the past indie tracks you may have missed and is still quite relevant! Discover your next favorite track. Support Indie music and the artists who create them.

Do you know a tune we need to hear? Introduce an artist so we can expand our catalog. We're always listening plus sharing is caring!

Reviews
Osborne explains, "I believe there is certain energy and certain feelings we have no control over, much like the ocean."

Reviews
This hit doesn’t indulge in production whims and it keeps consistent with Joe’s genre, understated yet affecting voice-and-guitar style.

Reviews
A journey through self-acceptance, Simple Cure puts the individual at the center of the universe: the cure to any of our trouble is simply...

Reviews
In "Summer Deluxe," the listener directly immerges into Gale's sun-kissed vision from the opening track of the album to finish.

Reviews
Emma's warm and powerful voice is very likable and her lyrics genuinely explore a theme so important, especially to young people.

Lyric Videos , Reviews
The album runs across different genres and influences but it is consistent with Amy's own style, rooted in folk and country music.

We use cookies to ensure that we give you the best experience on our website. If you continue to use this site we will assume that you are happy with it. Cool?OkPrivacy policy